Gurgaon known as the ' Millennium ' city.Rise in temperature here is just another jocular mark for people living here and jostling in their day to day lives where there is apathy among all of dealing this scorching heat.Bustling through their day to day lives might be a novice, a school - goer, an ambivert and for the rest.

Everyone when taking an evening stroll discuss Bout  —  ' smouldering Gurgaon is ' as the temprature here touched a mark of 48.5 degree. No-one wants to be a doer ..because they too are baffled of how to escape from the loo waves running round the clock! Not only Gurgaon but whole of 'North India' is facing the same.Total conundrum!!!!

This is what global warming does to you.Think and act now before it is to late. 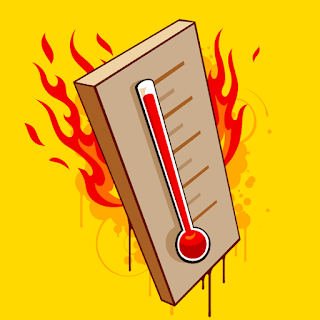 Please share your thoughts.
Posted by Robin SIngh at 6:29 AM 2 comments:

life's been so much in shambles that It cannot decide which path to walk on.What matters is how we take it in a graph or  simply straight(as if there is no high).Sometimes it moves as a tizzy banter and sometimes rile's upon us only.

There are times when 24 hour feel less  and sometimes 24 hour feel as if the clock isn't moving and you get irk at yourself  unnecessary.When you wake up early morning and see everyone going for work and you say to yourself that 'Yes' it's holiday for me but when the clock hits 12noon then we come to know that we wasted a single day of our life because we wanted to sleep more like 10 hours.

Sitting idle where your mind keeps on reminiscing the poignant memories  of your partner,family,friends  or it might be frenemies.Seeing the same light coloured wall over and over makes you feel more disgusted and that brings a spat between you and the others over phone.It's like a topsy turvy situation and later it becomes squeamish for us.

Love has now become a fad which has no morals in this era.Erstwhile love were done on vows which both the partners used to do and stick to it no matter what.Today love is just lust for many without trust and most importantly without emotions.It has just become an advantage to use your partner both mentally and mostly physically with  blatant lies.

Once you  have a better option to move on you leave the person behind  who loves you and bonkers at you in love.Is this  the type of love do we all want ?

The meaning of love for many has moved to fling .... rather than doing a one night stand might be for a man or women it has gone to flings.Love was once built on faith and wasn't bogus.

Today,there's a lot of bedlam too with your partner with whom you've been with more than a year or two.People telling there partners that there life is in shambles and that's the reason they did move on or did something that was unexpected in a relationship.

Are these the type of lines being used in today's world and why is it happening ??

Every one has his/her future but that does not mean that you start loosing out on people who love you.It's really hard to find real love rather than reel love.We don't make compromises in a relation we make "ADJUSTMENTS" and I'm sure people who mean this  are the happiest without getting any emotional jolt from their partners.One can't seriously put his/her partner under any duress to love them back.Infatuation and love are poles apart.Infatuation is not love its just a liking for someone that lasts for a short period of time might be 15-20 days and love is when your heart beats much faster for some seconds and love lasts forever.

We are getting so much inspired by online shows and movies that we think what is happening  can be done in real life but we are forgetting that it's not real.They are just to divert our minds and release stress.People should understand that its just a 50 minute show or a 2 hour movie.We are killing our own personality with our own hands  and being phoney in love.


T
Ry  not to use any person  for advantage and pleasure and later should not have a good laugh at it.

The length of  ring finger and thick as a straw. An average individual uses it four to five times a day.It has the quality to make people lively as they say,gets their stress levels down.

At first it becomes a fad for one's who go for it,gradually it becomes an addiction that has no limit once you in it totally.People say that it goes best with tea.

One will jostle over everything that will come in his/her way to buy this,no matter what time is it might be day or late night hours.As said (One in morning gives you a high and the one in evening also gives you a high) .Isn't life the biggest high ?

Waft of it in air makes others squeamish for who don't do.The best part one who squirms reason might be any for them it works as an Anodyne(noun) as they call it to be.
.
.
.
. 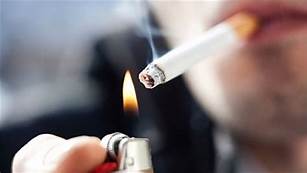 Patriarchy or being bogus ? 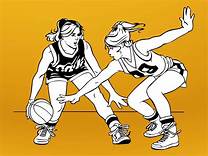 It's 21st century  and still everyone  is  looking down upon women.Why is it again and again coming in our way to belittle women ?Isn't it the most frustrating thing in our daily lives women should have less of importance,well women are going on greater heights in every sector of society it might be education,economically ,sports and the list goes on because they are toilsome too.Time has never changed for them they broke this patriarchy and are leading in what they are doing.Men earlier used to run the house and the lady used to sit home all day doing household work and taking care of tiny tots and toddlers,even after doing this properly they still have a lot of time left in which they could work and make that house a better place to live in but our patriarchal society doesn't allow this.Women can't work because these laws have been made decades ago.I want to ask are these patriarchal laws man made or god made it?

(Well,the answer everyone has but no one wants to implement because it will be a shame for us in society if women steps out of the house)

Is it written  on walls just like  a graffiti is painted ?
NO it's not.

We should not sabotage them by using abrasive words and should not have so much of animosity towards them and we should not look upon them just  as a reproductive machine.

They leave their family just for us so that we(men) our family should be completed and in return what are maximum men giving them irk and ire every single minute  and rebuke at them when they help us but we don't listen because they are weaker than us? 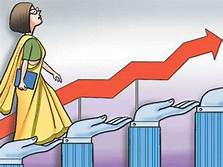 Why do we label them and then calumniate ,are they clothes that they need to be labelled ?

Men who are encouraging this will be looked down upon as  pariah.
A women does love marriage then why she is  treated like a muck if that decision ruined her life,It's not her fault.No one's perfect, we learn by committing mistakes that is the universal truth.The graph is not always straight it's topsy-turvy and in waves. 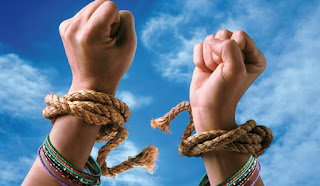 SPARE 5 MINUTES OF YOUR TIME TO COMMENT  AND READ
Posted by Robin SIngh at 11:45 AM No comments:

Imaginary is what I call.


Thinking she knows the ins and out of everything in this world but basically she is dimwit who acts as a gormless when u make her understand.

she thinks she is hardworking but she isn't an assiduous girl.

she misses ones whom she loves but when surrounded by frenemies of which she has no clue then she's a lady muck.

She always wants to nibble something or the other and always in need of a dollop of chocolates every hour.

She is taut with nervous when she wants to order a cocktail and every time it turns out to be a flop show.

She never ponders when to say what,she is very unpredictable on certain matters.
She drinks like a fish and throws it all out so that the fish(she)can swim.

She scrounges on everything what her loved ones have
BUT

She has a voluptuous figure of which she is proud and should be.

She is dullard and simpleton.

She loves her family a lot but when they tell her something  she rebukes and gives curt nods.
She wants to be like  other stoner girls but from inside she just wants to be with her family and no one else.

She wants to learn the art of makeup but she should know she is  natural beauty she will always be that's how god made her.

She fights over petty matters because she wants the whole world should speak the same language.

She at times use machiavellian  methods to win over
a spat though she doesn't know she wins  because they let her win because she is pulpy and cute.
She loves nibbling "the" worst blue lays.
she can't sleep if she spent a single penny on others.

She when behind the wheels drive as if she is a megalomaniac.

She is a wuss who wants to be on everything even when she has nothing to do with any of it.

She stomps  hard when wrath hits her that leopard might also get a shake in the hills.
she becomes a pariah when she does stupidity.


She wants to live in a salubrious environment might be a town or room!!!!

PLEASE LEAVE WITH YOUR COMMENT!!
Posted by Robin SIngh at 11:21 AM 14 comments: